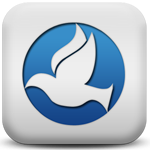 Join a book group discussion on Zoom (connection will published as the meeting nears) to discuss Toni Morrison’s Beloved. We’ll meet on Saturday, March 18, 2023 at 3:00 p.m.

Book Group origination:
As many of you know, we have been gathering monthly for a Quaker book group to share some insight into books on philosophy, religion, current affairs to mention a few topics. If you would like to join us, send an email to slcquakers@gmail.com requesting a zoom link to our next meeting.
Brian and I have created a book group reading list for those who would like to join, or who would merely like some suggested books to read.  Many people are using Thriftbooks.com if their library resources are limited. There are the bigger online vendors of course, and also The King’s English bookstore in SLC.
The list below is merely a suggestion. Please respond to melaniejfeeney and brdmartin with the books you are interested in highlighted and also add any other titles to the list that you think might be interesting. In the next two weeks, we will assemble a list with the most “votes”, the other suggested titles and send it to everyone for a final list of 12.
In love and light,      Melanie and Brian
Saturday, December 3, 2022 at 3:00 p.m See No Stranger A Memoir and Manifesto of Revolutionary Love by Valerie Kaur

For March, From Rand Hirschi:  A novel, Lincoln in the Bardo by George Saunders. Multiple copies available at the County and City Library and at ThriftBooks in the $5 to $6 range. Won the Mann Booker Prize.

Sophie’s World: A Novel About the History of Philosophy – Jostein Gaarder

The Diary of Anne Frank, The Definitive Edition – Anne Frank

Everything That Remains, A Memoir – The Minimalists (Ryan Nicodemus and Joshua Fields Milburn)